Were You Injured in a bicycle accident?

We have helped 1000's of people recover from accidents

Cycling is a popular aerobic activity that improves your respiratory and cardiovascular health. Riding a bicycle is also an affordable and environmentally-friendly way to commute to work. Because of these benefits, the number of bicycle users on the road increases every year.

When motor vehicles and bicycles share the road, however, accidents are inevitable. Bicycle accident injuries typically include broken bones and soft-tissue damage. But, severe injuries may also include traumatic brain injuries.

If you suffer an injury in a bicycle accident, it can result in a wide range of life-changing consequences, including:

Because the consequences of a bicycle accident can be far-reaching, you have to know the rights and the options you have as legal recourse. Keep reading to learn more about the legal aspects surrounding bicycle accidents and how Bell & Pollock P.C. can help you file a successful compensation claim in court.

Because of the increase in bicycle road users, the city of Denver is continually building new bicycle paths and other infrastructure to accommodate them. Despite this, there are around 270 bicycle accidents in Denver per year, with more than half of them resulting in injury. The casualty figures in the city are also high, at 61 in 2018 and 62 in 2019.

Bicycles don’t have the same features as motor vehicles in terms of mass and momentum, and a bike is more maneuverable than a car with a shorter stopping distance requirement. Additionally, neither a biker nor a bicycle has to meet the same legal prerequisites before using a public road.

However, the law regards both bicycles and cars as vehicles on the road, and cyclists and motorists have the same rights and obligations, despite the significant differences between a car and a bike. Cyclists may not have to be licensed to ride, but they still must adhere to the rules of the roads and can receive a ticket for committing a driving offense.

When bicycling in Colorado, you need to know your legal rights, as well as your duties. The Colorado Bicycle Safety Act deals with the safe interaction of bicycles with other vehicles on the road.

According to the sections of this act:

• The safe passing distance between a car and a bicycle is three feet.
• Cyclists can ride side-by-side but have to move to a single file when a vehicle approaches them.
• Cyclists can ride as far right in the right lane as they want, provided that it is safe.
• Cyclists can ride to the far-left or far-right in a one-way street to allow for safe turning without crossing lanes of traffic.
• Motorists may not threaten, crowd, swerve at, or throw missiles at cyclists.

Can I Be at Fault if I’m in an Accident Riding a Bicycle?

Yes, you can be at fault for a bicycle accident. When riding your bicycle on the street, the law regards you to have the same rights and responsibilities as someone who is in control of a vehicle.

As a cyclist using the road, you must keep right, yield to pedestrians, and follow the flow of the traffic. If you violate any law on road safety or negligently ride your bicycle, you may be liable for an accident that resulted from the negligence.

What Should I Do if I am in a Bicycle Accident?

If you were in a bicycle accident, you should seek immediate medical attention, even if you feel fine. Serious issues can present themselves a few days or weeks after the accident. Call an ambulance or ask a bystander to call one if you are unable to do so.

When medical help is on the way, call the police and ask the other party who was involved in the accident for their details and insurance information. You should also ask any witnesses for their contact details.

Take photographs of the scene, other vehicles involved, and any visible injuries you may have. If there is damage to your clothes or your bicycle, keep them as evidence.

Who Do I Receive Compensation From?

If the accident was the result of another party’s negligence, it might be possible to recover damages from them. Individuals or entities you may receive compensation from include:

I was in an Accident but Wasn’t Wearing a Helmet. Can I Still Seek Damages?

Because you can legally ride a bicycle without a helmet, it is not a requirement for seeking damages.

How Much Space Does a Car Have to Give Me When Passing?

When a motorist passes you in a car, they have to give you at least three feet of space to their right. Protruding components, such as mirrors, should also be at least three feet from you, and the vehicle may not move back to the right if it is not entirely clear of you.

Bell & Pollock P.C. is a leading injury and accident law firm in Denver, Colorado, with an excellent track record. If you have been involved in a bicycle accident, we can help you file a successful claim for damages. Contact us today to schedule an initial consultation.

Injured by a drunk driver with multiple surgeries. 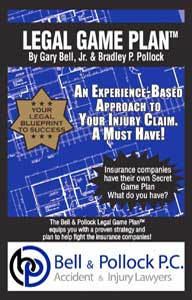 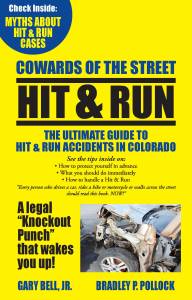 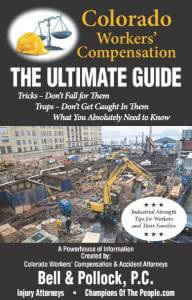 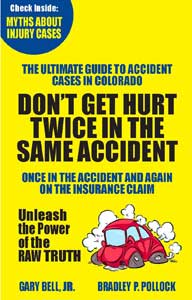 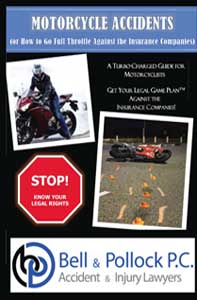