In Denver, Greenwood Village and Steamboat Springs, Colorado, no one wants tired truckers on the road. A truck accident lawyer knows that drowsy driving can result in impairments in judgment and delayed reaction time. A trucker who is tired is just as affected by his fatigue as a driver who is drunk is affected by alcohol. A tired trucker could even fall asleep entirely, thus losing total control of his vehicle. 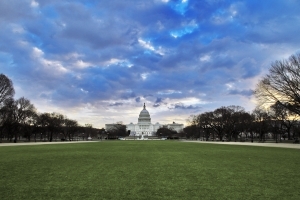 The Federal Motor Carrier Safety Administration has made a valiant effort to keep tired truckers off the road. While the FMCSA is not perfect and the regulatory process is very slow, the agency did issue new hours of service rules that put tighter restrictions on the number of hours truckers can drive without taking a rest. These restrictions have survived aggressive lobbying by the trucking association groups and survived court challenges. They did not, however, survive Congress.

Congress has to set the budget for the federal government and must send the budget bill to the president to be signed. This December, congress passed the Fiscal Year 2014 Omnibus Spending Bill. The bill totaled 1,063 pages and was actually called “cromnibus” because it included both an omnibus bill funding 11 departments for the year and a continuing resolution funding the Department of Homeland Security for the short-term.

A budget bill might seem like it has little to do with road safety, but this was must-pass legislation to keep the government open, which means that it was a perfect opportunity for senators to stick unpopular amendments into it.

One such amendment was the amendment that Senator Susan Collins of Maine first introduced back in June. The amendment suspends the FMCSA rule requiring overnight trucker rest breaks.

The FMCSA’s hours-of-service rules stipulated that after truckers drove for 60 hours over seven days or 70 hours over eight days, the trucker had to take a rest break that lasted for 34 consecutive hours. The controversial part of this was that the FMCSA required the rest break to include two periods between 1:00 am and 5:00 am. Many truckers hated this rule for a variety of reasons and trucking industry groups argued that it actually undermined safety by forcing truckers to spend more time on the roads during daylight hours.

Truck drivers don’t need to worry about it anymore, because the Collins amendment was included in the cromnibus, which the President signed into law. The FMCSA has thus been forced to suspend the rule requiring that drivers actually get some sleep at night. The American Psychological Association indicates that sleeping during the day is not as restful or as effective because it does not make up for circadian misalignment. Our brains and bodies have evolved to be more active during the day and to cool down at night. Drivers of large trucks will now likely be on the road more at night time, when they aren’t as alert. This doesn’t spell good things for traffic safety.

Contact Bell & Pollock at (877) 744-5900 or visit www.bellpollockinjury.com to schedule a consultation with a personal injury lawyer in Denver, Greenwood Village and Steamboat Springs, Colorado.

CASE: Client was rear ended by a dump truck, was then knocked forward and hit another vehicle. Client had a concussion with traumatic brain injury. Client underwent a brain scan which showed hypoperfusion, correlated with her concussion symptoms. Client suffered neck injuries and injuries to her low back.
Outcome: $650,000

CASE: Client was rear-ended. The mechanism of injury from the forces in the collision caused her neck injury and at the same time, damaged her organs inside her throat. Client had swallowing and choking issues.
Outcome: $1,250,000

CASE: Client was in a motor vehicle accident. Both injections in the neck rendered some temporary relief. The Injections were transforaminal epidural steroid injections. Surgery was recommended on the lumbar (low back). The low back was injured by the forces in the collisions.
Outcome: $933,000

CASE: The client was driving in her car and was rear-ended thereby causing injuries to her lower back and neck. Client also suffered a concussion. Client had to undergo facet injections multiple times, through multiple procedures. Client also had cognitive issues which required cognitive training and therapy.
Outcome: $400,000

CASE: Client was entering a highway from an on ramp and was rear-ended by a commercial van. Client tested positive for Thoracic Outlet Syndrome and failed conservative treatment. Client underwent thoracic outlet syndrome surgey, which involved removal of the first rib to attempt to relieve pressure in the thoracic outlet. Client also suffered a back injury.
Outcome: $750,000