Motorists throughout Denver, Greenwood Village and Steamboat Springs Colorado are at risk of being hurt or even killed if truckers do not take safety seriously. Unfortunately, truck safety laws are lacking in some important areas. The National Transportation Safety Board (NTSB)has indicated that it hopes to change that. A truck accident lawyer knows that new safety rules could make a big difference in reducing truck accident risks and saving lives, so hopefully the NTSB will be successful at implementing new and more effective regulations. 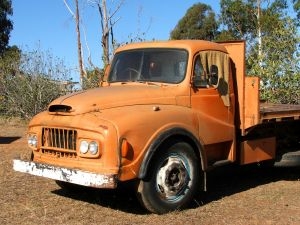 The NTSB makes a list each year of the “Most Wanted” policies and actions that that agency believes need safety improvements. This list sets the road map for the upcoming year for the NTSB, and the NTSB hopes that legislators and policymakers will also consider the suggested list of improvements and modifications.

The NTSB board member who has been nominated to be the board’s new chairman believes that it is important to approach improvements to truck safety by incorporating a “broad spectrum” of policies that include things like making sure drivers are fit to drive, as well as improving vehicle maintenance rules and regulations. New safety technologies in trucks is also a top priority.

Although the NTSB has mentioned things like imposing stricter rules for checking if truckers are medically fit for driving, there are plenty of other proposals that the agency may wish to consider if it is serious about truck safety. Tire Business reports on some recommendations that the American Trucking Association (ATA) made recently to a Senate subcommittee on improving truck safety.

The ATA’s suggestions for new safety regulations that it has urged the government to consider include:

It remains to be seen whether the NTSB will move forward with broader safety efforts or whether congress will take the recommendations of the American Trucking Association to try to improve safety.

Contact Bell & Pollock at (877) 744-5900 to schedule a consultation with a personal injury lawyer in Denver, Greenwood Village and Steamboat Springs Colorado.