Denver Drivers at Risk Due to Fatigued Truckers

Truck accidents cause more than 5,000 fatalities and 150,000 injuries over the course of the year, according to Safe Roads. The majority of people who lose their lives in truck accidents are not in the truck, but are in passenger vehicles or are walking, bicycling or riding a motorcycle. Unfortunately, as many as 750 of the deaths and 20,000 of the injuries happen as a result of collisions caused by fatigued commercial drivers. 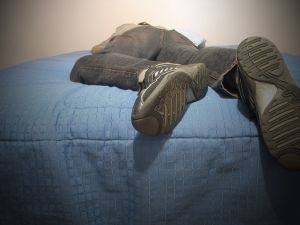 A truck accident lawyer knows the Federal Motor Carrier Safety Administration has set strict regulations designed to limit the number of hours that truckers can drive. These regulations exist because truck drivers face immense pressure to continue to drive even when they have become too fatigued to be safe behind the wheel. Now, there are efforts being made by some senators to roll back the stricter FMCSA regulations that went into effect last year. The public, however, is not in favor of allowing truckers to spend more hours on the road.

When the FMCSA changed the rules for trucker hours and limited the number of hours a trucker could drive to 70 per week, this led to outcry from some professional trucking associations and drivers. The biggest complaint was the new rules were too restrictive, as they require a rest break after the 70-hour threshold is met that encompasses two overnight periods between 1:00 a.m. and 5:00 a.m. The argument is this leads to more truck drivers on the roads during high traffic times.

One senator is pushing for a change to the FMCSA rules, according to The Hill. She has made an amendment to the Senate appropriations bill that would increase the number of hours a trucker can be on the road to 82 per week, up from the current 70. Other senators do not agree this change should be made, and have put forth their own amendments to keep the limit where the FMCSA set it.

As lawmakers wrangle over the parameters of these limits, the Advocates for Highway and Auto Safety and the Truck Safety Coalition polled the public to see what they thought. The results were overwhelming: Around 80 percent of people asked were concerned about the dangers that tired truckers could present on the roads and were not in support of allowing truckers to drive for longer hours before resting.

A former NHTSA administrator is concerned that when trucking companies are given more leeway to push drivers to go for longer periods of time, trucks will effectively turn into “sweatshops on wheels.” This is a big problem because when a trucker is overtired, he can experience the same delayed reaction time and impaired reactions as someone who has consumed alcohol.

While the disagreement over trucker hours is likely to continue, it is clear truck drivers should always make the responsible choice and avoid getting behind the wheel when they feel too exhausted to be the best drivers they can be. Truck carriers need to be reminded to put people before profits.

Contact Bell & Pollock at (877) 744-5900  to schedule a consultation with a truck accident lawyer in Denver, Greenwood Village and Steamboat Springs Colorado.