In the United States, an alcohol-related traffic accident causes one injury every two minutes and one death every eight minutes. In Colorado alone, 133 people were killed in alcohol-impaired crashes in 2012 according to the NHTSA.While there was a significant decline in drunk driving deaths in the 1980s and 1990s, there are still far too many fatalities each year. 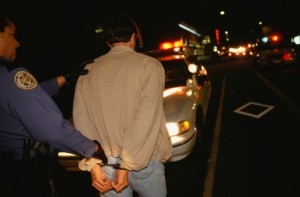 Efforts are ongoing by experts to try to reduce the injuries and deaths, and these efforts are largely supported by the public. In fact, according to the National Safety Council, three out of every four Americans endorse imposing more severe penalties on intoxicated motorists in order to make the roads safer.

The NSC has summarized some of the top strategies to reduce impaired driving, but ultimately the decision rests with each individual motorist to make the smart choice and avoid putting his own life and the lives of others at risk. Victims of drunk driving accidents can get help from a drunk driving accident attorney in Denver in securing compensation for their losses caused by the accident, but preventing accidents by just saying no to drunk driving is a far better option for everyone.

Some of the different techniques the NSC describes among the top strategies to reduce impaired driving include:

Fortunately, these programs have made a major difference in reducing drunk driving. Ignition Interlock devices have also helped to significantly reduce the risk of crashes since as many as a third of all drunk driving arrests annually are caused by repeat offenders. The National Transportation Safety Board (NTSB) is currently recommending that IIDs be required for all convicted offenders, even those convicted of a first DUI. This could help improve road safety.