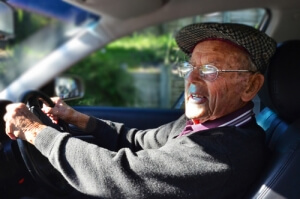 A Denver car accident attorney discusses findings that elderly drivers are a big risk on the roads.

Inexperienced teen drivers, as well as distracted or drunk drivers, tend to be the types of drivers who are generally considered to be among the biggest threats on the road.

Drivers over the age of 65 (i.e., elderly drivers), however, should also be among those considered who are risky motorists, according to researchers at Carnegie Mellon University and the AAA Foundation for Traffic Safety.

That’s because these researchers have reportedly discovered that:

These findings have sparked a call for state lawmakers and transportation regulators to take action and identify ways to limit this current and potentially growing risk.

A Closer Look at the Findings

To assess the relative risks associated with elderly motorists, researchers carefully reviewed crash data dating back to 1999. Through this analysis, they found that:

Interestingly, these findings seem to back up the findings of a 2003 NHTSA study, which specifically noted that:

Spurred by these findings, transportation officials are now focused on finding ways to reduce the risk associated with elderly drivers.

One proposed solution from officials at the Insurance Institute for Highway Safety (IIHS) is to require elderly drivers to show up in person at DMVs to renew their drivers’ licenses each year. This could involve retesting older motorists’ eyesight and/or driving skills to ensure they are still able to safely operate a vehicle.

What do you think about these findings and the IIHS’ proposed solution? Share your opinions with us on Facebook & Google+.

If you have been injured in a traffic crash, you can turn to a Denver car accident attorney at Bell & Pollock, P.C. for experienced help advocating your rights and pursuing justice.