n the United States, much of the focus on improving motor vehicle safety is centered around improving technology. Self-driving cars are just the latest in a long line of efforts to automate the process of driving, put responsibility on technology to make smart choices, and reduce the danger that human error can cause. 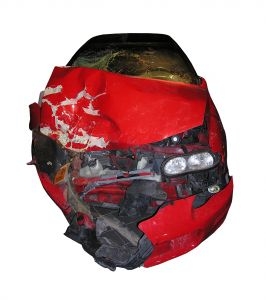 Recently, however, an article on USA Today questioned whether the focus on vehicle safety technology has really been the best way to improve conditions and make the roads safer. A personal injury lawyer knows that seat belts, airbags and other safety devices go a long way towards preventing injury when an accident happens. However, perhaps fewer people would die in motor vehicle collisions if US regulatory authorities stopped focusing so much on improving safety technology and instead more efforts were made to change driver behavior to avoid accidents in the first place.

Government Too Focused on Safety Technology & Not Enough on Safe Driving

On the website of the National Highway Traffic Safety Administration, recent news stories include:

While the NHTSA also has some information on safety tips for reducing the risk of accidents, such as bicycle safety advice, one of the primary focuses of this agency is on technological tools that help to protect people when an accident happens.

Unfortunately, as USA Today indicates, a “hyper-focus” on technology, especially “mandatory improvements designed to mitigate harm after a crash occurs” has not been as effective as the efforts in other countries that are much more focused on actually changing the behavior of motorists. This is especially true when vehicle technologies fail.

When comparing the U.S. with other countries, there were 25 other locations that had a greater reduction in traffic deaths. If the U.S. had matched the declines in the seven countries with the biggest reduction in fatalities, 20,000 fewer Americans would have lost their lives in 2011, including three children under the age of eight.

Other countries that had more success in reducing collisions focused not on technology that reduced injuries in crashes, but instead using techniques like red light cameras, radar-speed detectors and enforcing strict laws against driver behaviors such as driving while distracted. The data shows this has been more effective, and the U.S. should consider changing its approach.

Contact Bell & Pollock at (877) 744-5900 to schedule a consultation with a personal injury lawyer in Denver, Greenwood Village and Steamboat Springs Colorado.