Being victimizing by another party’s negligence can be as frustrating as it may be harmful to your physical and psychological wellbeing. In fact, as you start to try to pick up the pieces after sustaining a personal injury, knowing what to do can be confusing – and making certain mistakes can end up complicating your situation. It may even make it more challenging to seek compensation for your injuries and losses later.

To avoid doing anything that could sabotage your financial recovery, make sure you are aware of the more common mistakes people make after personal injury accidents so you can sidestep them. When you are ready for the best Colorado personal injury representation, contact the Denver personal injury lawyers at Bell & Pollock, P.C. 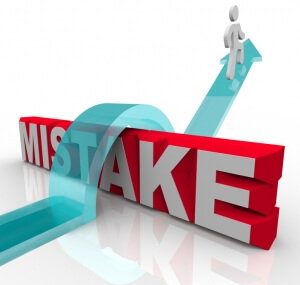 5 Missteps to Avoid after a Personal Injury

If You Have Already Made One of These Mistakes…

The good news is that it may not be too late to reverse the impacts of these missteps and get you back on the path to justice and financial recovery.

To find out more about your best options for proceeding with a personal injury claim – regardless of whether you may have made a mistake, contact the trusted Denver personal injury lawyers at Bell & Pollock.

Call us at (303) 795-5900 or email our firm using the contact form on this page. By contacting us and attending a free initial consultation, you can get clear, honest legal advice about your case, your rights and your best options for moving forward from an experienced attorney.

CASE: Client was rear ended by a dump truck, was then knocked forward and hit another vehicle. Client had a concussion with traumatic brain injury. Client underwent a brain scan which showed hypoperfusion, correlated with her concussion symptoms. Client suffered neck injuries and injuries to her low back.
Outcome: $650,000

CASE: Client was rear-ended. The mechanism of injury from the forces in the collision caused her neck injury and at the same time, damaged her organs inside her throat. Client had swallowing and choking issues.
Outcome: $1,250,000

CASE: Client was in a motor vehicle accident. Both injections in the neck rendered some temporary relief. The Injections were transforaminal epidural steroid injections. Surgery was recommended on the lumbar (low back). The low back was injured by the forces in the collisions.
Outcome: $933,000

CASE: The client was driving in her car and was rear-ended thereby causing injuries to her lower back and neck. Client also suffered a concussion. Client had to undergo facet injections multiple times, through multiple procedures. Client also had cognitive issues which required cognitive training and therapy.
Outcome: $400,000

CASE: Client was entering a highway from an on ramp and was rear-ended by a commercial van. Client tested positive for Thoracic Outlet Syndrome and failed conservative treatment. Client underwent thoracic outlet syndrome surgey, which involved removal of the first rib to attempt to reliev