In the United States, 12 percent of trips take place nationwide by bicycling or walking yet pedestrians and bicyclists account for 14 percent of fatalities. Despite the disproportionate share of deaths, only 1.6 percent of federal transportation dollars are devoted to walkers or bikers. 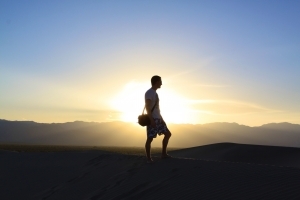 More needs to be done to support bikers and walkers in order to reduce the fatality rate and encourage healthier modes of transportation. One proposal, the Safe Streets Act of 2014, could be a good start. However, there is no guarantee the proposal would pass or that it would be enough to make a significant difference.

As any accident attorney in Denver knows, pedestrians and drivers both play a role in reducing collisions. When drivers don’t pay attention or don’t share the road safely, pedestrians can take legal action to recover compensation for losses.

The Safe Streets Act, introduced in the United States Senate, would require every state to create a law or an official agency policy statement within two years.

There are already more than 283 local jurisdictions that have written Complete Streets policies. Unfortunately, less than half of all major U.S. cities and states had such policies in place according to 2012 reports. If the law passed, every location would be forced to use time-tested methods of designing roads to reduce risk of accidents to all motorists.

The Safe Streets Act also requires the Secretary of Transportation (DOT) to establish a method in order to evaluate whether state departments and local municipalities have complied with Complete Streets Principles.

Making the investment in pedestrian and bicycle safety is smart. A cost benefit analysis shows that for every $1 invested in improving conditions for pedestrian and bicyclist infrastructure, $11.80 in benefits can be gained. Yet, even if the law passes, much more needs to be done.  Since 2009, pedestrian accidents increased dramatically. While there was a three-year decline in deaths for other types of road accidents, pedestrian fatalities increased 15 percent over this time.

While the data does show a slight decline in pedestrian deaths in 2013, the 8.7 percent reduction in fatalities in the first half of the year was not enough to offset the multi-year increase. Furthermore, experts have admitted they have no idea why deaths increased and now have no idea why deaths decreased. Figuring out the reason why so many more pedestrians are dying on our roads in recent years will be essential to any serious efforts to combat the problem.

Contact Bell & Pollock at (877) 744-5900 or visit https://www.bellpollockinjury.com to schedule a consultation with a personal injury lawyer in Denver.