What is the Cost of Denver Motor Vehicle Collisions?

Car accidents have a tremendous cost to individuals and to families when a collision causes injury or fatalities. Motor vehicle collisions also have an aggregate cost to society. The National Highway Traffic Safety Administration (NHTSA) has recently published a study quantifying how much harm collisions can cause. 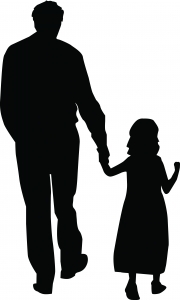 While it is easy to determine the money spent on medical bills and lost income, there is no accurate measure for the pain and suffering resulting from a permanent injury or the loss of a loved one. Those who have been harmed deserve to be compensated.  Accident attorneys in Denver can help, so call Bell & Pollock, P.C. for assistance pursuing a claim for damages.

The Costs of Motor Vehicle Collisions

According to the NHTSA:

This data clearly shows that if motorists would simply stop doing these three extremely dangerous behaviors, the cost of collisions would be billions of dollars less.  Motorists also need to buckle up, as a lack of seat belt use among some motorists resulted in $14 billion in economic loss and $72 billion in lost quality of life.

The drivers who make the dangerous choices need to be held accountable so injured victims and their family members are not left to cope with financial problems and uncompensated losses while also focusing on recovery or grieving a death.  An attorney can help to hold dangerous drivers responsible.