Will the US Govt Put More Restrictions on Older Drivers?

As our population grows, so do the number of drivers on the roads in the United States. In fact, it is estimated that there will be 60 million adults driving by the years 2030. Obviously, the government could find reason to put restrictions in place making it harder for elderly folks to continue to drive, but there would definitely be a backlash from the legal community.

“We believe that driving is about the ability and health of the driver, not their age,” said AARP spokeswoman Kristin S. Palmer. “We can’t stereotype older drivers.” 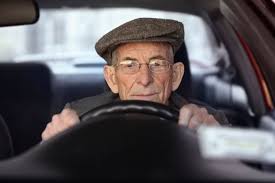 The following are some good reasons for not imposing restrictions on older drivers:

As a nation, we are positioned to see more senior drivers than ever as 75 million baby boomers age. Back in the 1970s, a little more than half of Americans over the age of 65 drove. Today, that number is well over 84 percent. The reality is there is an aging population of motorists that experience degraded capabilities, such as:

Unfortunately, seniors are at a higher risk of a car accident than middle-aged drivers. This is due to declining vision, hearing and cognitive abilities as well as

Have you been injured in a car accident with a senior? If so, you can turn to a trusted Colorado crash lawyer at Bell & Pollock, P.C. for an experienced advocate who will be compassionate and caring, yet fight for rights while pursuing justice.

At Bell & Pollock, our attorneys leverage combined experience and a winning track record of helping clients recover restitution for personal injuries and other damages. Since 1984, our legal team has taken on big and small cases alike, but always aggressively litigating those cases for the best possible outcomes.

To learn more about how our legal services can assist you, call us at (303) 795-5900 or email our firm using the contact form on this page to schedule a free initial consultation with one of our attorneys. We’re conveniently located in Denver, Greenwood Village, and Steamboat Springs to provide you the highest quality legal services as well as throughout the rest of the Denver metro area and the state of Colorado.

CASE: Client was rear ended by a dump truck, was then knocked forward and hit another vehicle. Client had a c